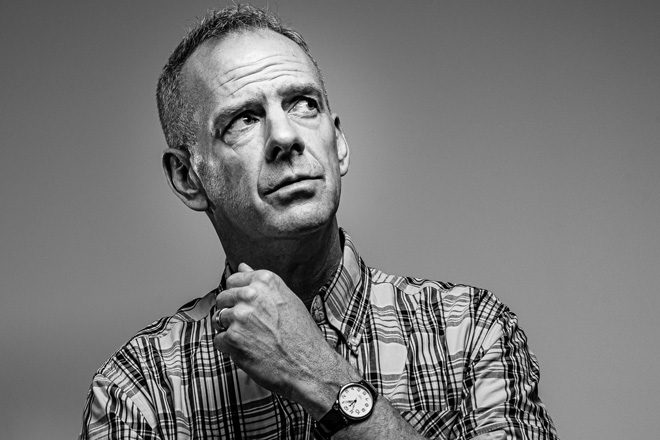 Fatboy Slim told crowds at an event for the Fire Fighters Charity that he almost quit music to become a fireman.

The Brighton-born DJ has worked in the music industry most of his life, but claims that he thought about retiring and joining the force after he found himself “skint”.

“I’ve been in the music business pretty much all my life but there have been ups and downs, and there was one particular down where everyone around was like, ‘you’re going to have to actually get a proper job now because you’re skint,” he said at the charity event.

“I thought about what job I would like to do and for some reason fireman just… I don’t know. I just had this vision that I wanted to be a fireman.”

The DJ – real name Norman Cook – says he’s now too old to become a fireman now. “I’m figuring now at my age it’s too late, but I have always had the greatest respect for the fire service,” he continued.

He joked “you sit around for ages with your mates making up nicknames for each other, then you suddenly have to go and do something really, really important. Obviously, what I do is a bit more frivolous. And it’s a great uniform and chicks dig uniform. No, I’m being flippant.”

Through lockdown, Cook has used his spare time to give back to the community in his hometown of Hove. Currently, the DJ works in a local cafe, the Big Beach Cafe in Hove Lagoon.

At the beginning of the pandemic, Cook also took to the decks to create some weekly lockdown mixes which aired every Friday. He brought out 20 mixes in total over the first five months of lockdown.

The East Sussex Fire Service has since tweeted the DJ in response to his comments.

[Via The Argus]
Tagged under: ​FATBOY SLIM SAYS HE NEARLY QUIT MUSIC TO BECOME A FIREFIGHTER THE PRODIGY ARE BACK IN THE STUDIO