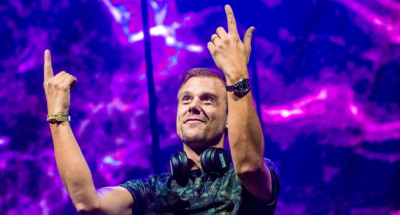 Van Buuren posted an hour-long cut of the show on Sunday evening (22nd July), which features tracks with Dimitri Vegas & Like Mike and Sunnery James, as well as his latest mega-hit ‘Blah Blah Blah’.

The Dutch DJ legend also debuted a brand-new track during his set at the weekend. The new release, titled ‘Our Origin’, features Russian producer Shapov and follows their recent collaboration on the ‘The Last Dancer’.

Armin has also made a playlist of all the tracks from his Tomorrowland set for fans to enjoy — the playlist is currently streaming on Spotify, Deezer and more.

Tomorrowland will return for another huge dose of music this weekend (27th to 29th July), where Armin will also be back to play another massive show on Saturday night.

If re-living Armin’s set from last weekend leaves you eager for more, Tomorrowland are live streaming some of the event this year. You can get a taste of the 200-strong line-up on a three-day broadcast across four channels this weekend via the festival’s YouTube channel.