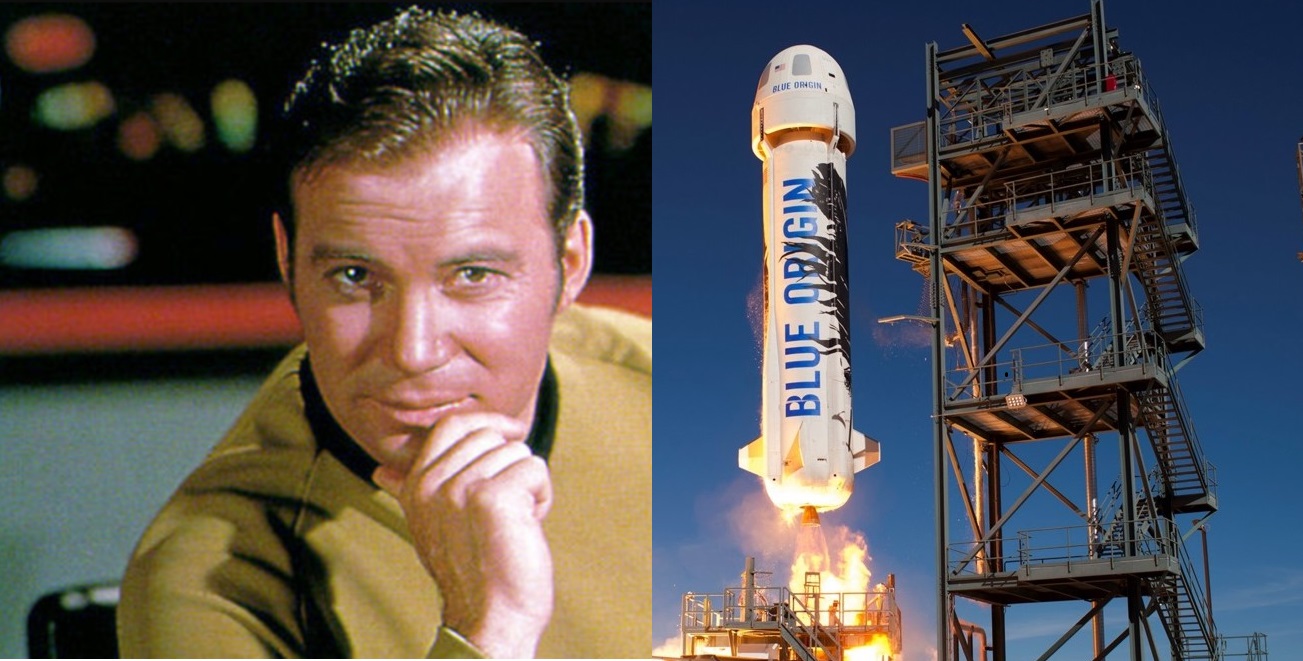 Billionaire Jeff Bezos’s space company said on Monday that Star Trek actor William Shatner will fly on the company’s New Shepard launch vehicle to the edge of space as part of a four-person crew that is set to launch next week.

“I’ve heard about space for a long time now. I’m taking the opportunity to see it for myself. What a miracle,” Shatner, 90, said in a written statement released by Blue Origin ahead of the suborbital NS-18 flight scheduled for 12 October.

Bezos in July soared about 107km above the Texas desert aboard a New Shepard launch vehicle and returned safely to Earth.
I’ve heard about space for a long time now. I’m taking the opportunity to see it for myself

Blue Origin said pioneering woman aviator Wally Funk, 82, who was on the July flight, was the oldest person to reach space. Shatner is set to break that record.

Shatner first played the role of Captain James T Kirk in 1966 for the Star Trek television series, the show that many Nasa astronauts credited with igniting their love of space. He also played the role in seven feature films.
Safety concerns

On Thursday, the Federal Aviation Administration said it would review safety concerns raised by a former Blue Origin employee who was joined by 20 other unidentified Blue Origin employees and former employees, who wrote that they had “seen a pattern of decision making that often prioritises execution speed and cost reduction over the appropriate resourcing to ensure quality.”

Blue Origin said it provides “numerous avenues for employees, including a 24/7 anonymous hotline, and will promptly investigate any new claims of misconduct. We stand by our safety record and believe that New Shepard is the safest space vehicle ever designed or built.” — Reported by David Shepardson, (c) 2021 Reuters

“Due to forecasted winds on Tuesday, October 12, Blue Origin’s mission operations team has made the decision to delay the launch of NS-18 and is now targeting Wednesday, October 13,” the company said in a statement.
Image: CBS via Getty Images/ File photo

Jeff Bezos’ space company Blue Origin said on Sunday it had pushed this week’s launch target of its New Shepard vehicle to Wednesday, delaying “Star Trek” actor William Shatner’s sojourn to the edge of space by a day.

“Due to forecasted winds on Tuesday, October 12, Blue Origin’s mission operations team has made the decision to delay the launch of NS-18 and is now targeting Wednesday, October 13,” the company said in a statement.

Best known as Captain Kirk in the original “Star Trek” television series, Shatner will be part of a four-person crew aboard the suborbital NS-18 mission.

The 90-year-old actor is flying as a guest of Blue Origin, but the company has said that it has also sold nearly $100 million in tickets to paying customers.

Blue Origin, which had a successful launch with Bezos in July, said that the mission operations team confirmed the vehicle met all requirements and astronauts began their training on Sunday.

Tagged under: CAPTAIN KIRK REALLY IS GOING TO SPACE!