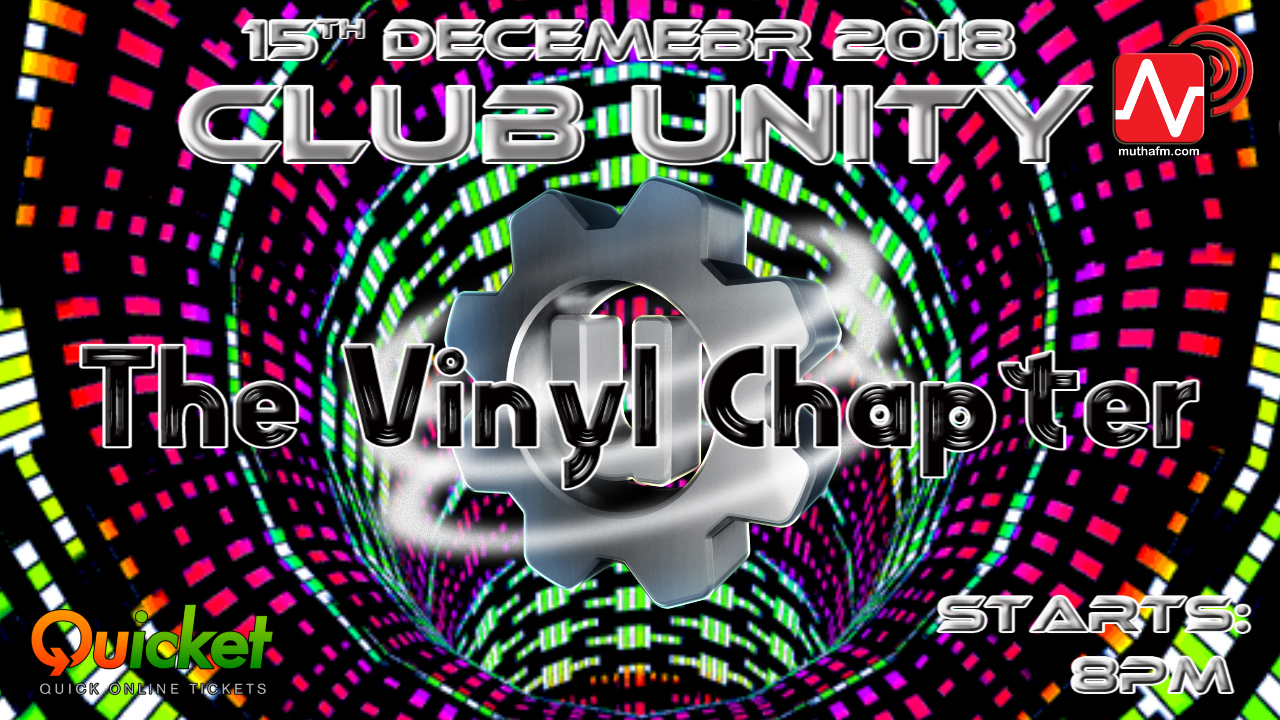 CHECK THE LEVELS… KEEP IT ROCKING! 😀

The world famous club made its mark at the end of the 90’s as South Africa’s first Super Club breaking through all the barriers as the country was going through changes and the club, having a huge following of different races, dancing together as one under the Unity cog (their well known logo) as seen below:

Early birds have just gone on sale with a limited amount available!

DRESS: Save the rave

The original Club ran for 3 years from the 4th of April 1999 to 2002 and hosted the biggest DJ’s, Producers and record labels that were prominent at the time, and won SA’s best Night Club  for two years running making a name and a place in peoples hearts forever.

Since then UNITY have been doing events every few years, which they call Re-Unity to celebrate the club and passion of the thousands that came to the venue and events who are a part of the Unity family.

WATCH THIS SPACE – for more information as it is released for the 19th year Re-Unity!

FYI: The Unity cog has 8 points that signify the original Unity 8 DJ’s who at the time broke away from all there resident clubs to form the club production ~ (Nick E Louder, Chris Klass, Dimitri, Tobie Allen, Gavin Fitchie, Dan Dare, Rob B & DJ Lee).