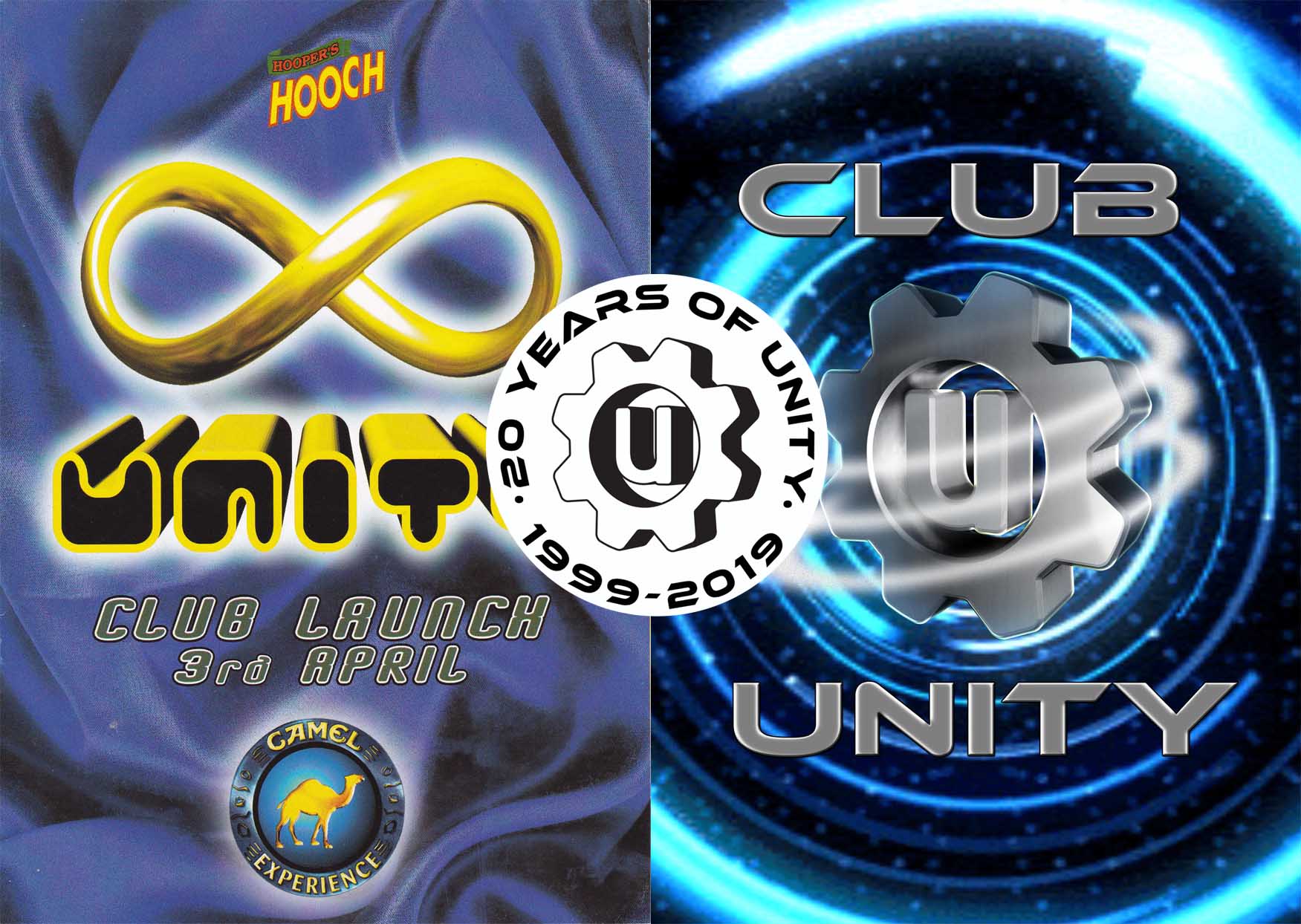 The club first opened its doors on the 3rd of April 1999 and has hosted some of the worlds top DJ’s . Producers and labels including Nick Warren, Scott Mac, Antony Papa, Ben Keen, Phil Reynolds, with event productions of Global Underground, Strawberry Sundazes, Frantic, and the Nukleuz, and Fevah records imprints to just scratch the surface.  From when the Club Brand started it instantly made a global name for itself through all the big players it hosted and the range of music styles it had perform on its dance floor. Everything from Progressive to Uplifting Trance and to Hard Dance to Europe Trance the beats were blended and the punters loved it! 😀

In 1999 the South African Dance Music Scene was heating up, the country was going through changes moving into a new uncertain era but with an excitement in the air…

A collaboration of DJ’s who were residents at all the Cape Town clubs at the time had a meeting with a vision of combining their passions and energies together to create thee amazing. These 8 DJ’s all had their own styles and elements to bring to the platform to unify the Cape Town dance music scene under one roof. To bring the worlds best DJ’s, Producers and labels to the dance floor of SA’s first Super Club… and UNITY was born!

The UNITY DJ’s had a sheer passion for this movement and believed that Dance Music can cross all boundaries and create an atmosphere of joy and happiness without any judgement or prejudice to your fellow clubbers, and once a week everyone came together as a family and escaped the outside world. For those hours the magic happened and through music and the atmosphere the love and respect for each other became the most important thing on the planet and formed us into who we are today.

Images from the Club UNITY Venue in 1999:

The UNITY eight sided cog signifies the 8 DJ’s who came together for UNITY to show the youth that they can all be a vital cog in the machine so we can live and love together as one nation. 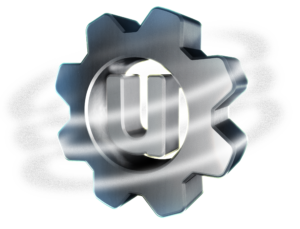 The front of the UNITY flyer launch night: 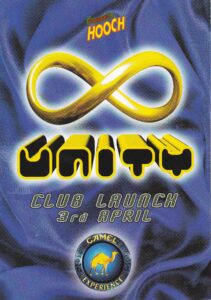 Scenes from the past annual UNITY celebrations:

The original club was open from 1999 till the end of 2002 and since then they have hosted annual events until more recently the large following (known as the Unity Family) has called for more productions, which UNITY’s response has been new regular events called UNITY~ REZIDENTZ and doing two big event twice a year to quench the thirst of the Unity massive. 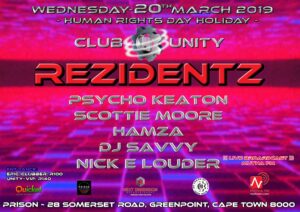 See detail below for the 20 Year celebration event.

On the 4th of May we would like you to join us to celebrate 20 years of being part of the UNITY FAMILY and dancing through two decades of epic dance floor bliss, whether you are one of the original members or new to UNITY come and join us for this fantastic occasion and relive the opening party back in 1999 with the Star Wars themed event and lets celebrate our lives and make it one to remember <3 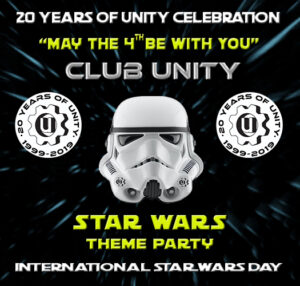 After Movie from UNITY ~ The Vinyl Chapter held in December 2018: