DAFT PUNK HAVE SPLIT UP! 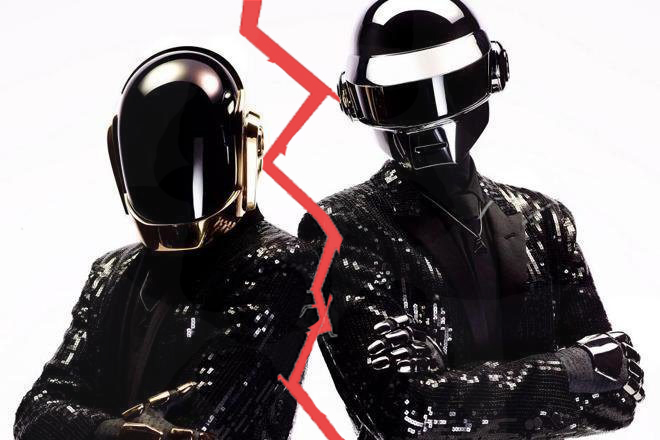 DAFT PUNK HAVE SPLIT UP!

The robots have called time after 28 years

Daft Punk have split up.

The French duo made the announcement by posting an eight-minute video clip titled Epilogue to their Facebook page.

The clip is taken from their 2008 film Electroma and features an iconic moment out in the desert before displaying a brand new graphic that proclaims ‘1993-2021’.

It’s a typically ambiguous way for the robots to sign out after nearly three decades. However, the band’s publicist Kathryn Frazier has confirmed that this is indeed the end.

Rumours have always surrounded Daft Punk, who formed in 1993, but this is very much for real as Pitchfork confirms.

As yet there is no more information on the robots’ reasons for breaking up, however we will report more news as soon as we receive it.

The band hasn’t released an album since 2013’s ‘Random Access Memories’, their biggest-selling LP and an opus that saw them move away from the dancefloor and toward more conceptual, grandiose music.

Read this next: Unseen Daft Punk footage has appeared online

In hindsight, ‘RAM’ was a fitting final LP for Daft Punk, who made dance music history by releasing three highly influential albums – ‘Homework’, ‘Discovery’ and ‘Human After All’ – as well as two incredible live albums between 1996 and 2007.

This period of fervent activity and world tours – during which they helped invent French touch and later the French electro sound, and set the blueprint for the dance music live show with their Pyramid production – wrote them into dance music history as one of the most popular and mythologised acts of all time.

Tagged under: DAFT PUNK HAVE SPLIT UP