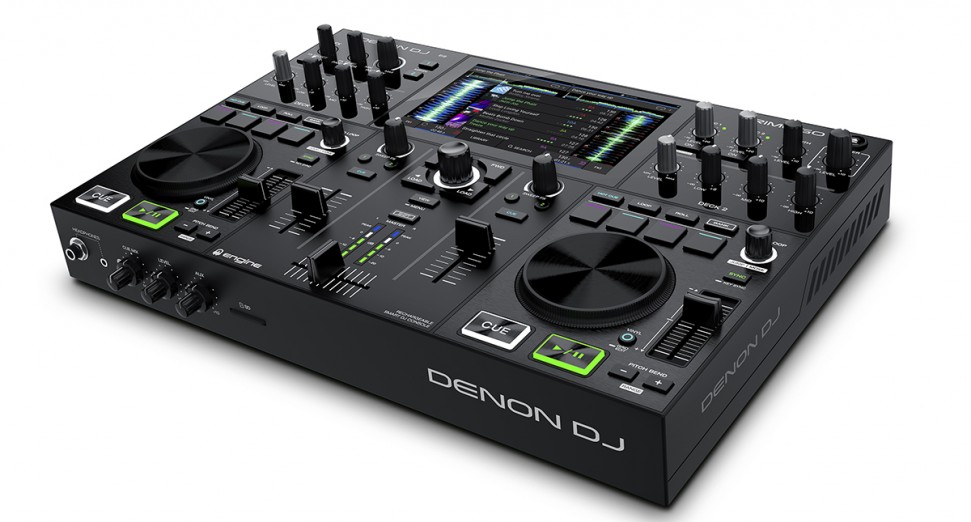 Denon DJ have announced a new portable DJ product – the Prime GO. The battery-powered unit is a standalone DJ unit with XLR outputs, dual combi-jack microphone inputs, a seven-inch multi-touch screen, two faders and a crossfader, an independent FX section with a filter and washout delay per channel. Like the other products recently announced by Denon DJ, the GO also has WiFi and ethernet internet for streaming from TiDAL, with SoundCloud, Beatport LINK, Beatsource and other streaming platforms coming soon. Denon DJ claim the battery lasts up to four hours of continuous use, with an SD card slot and one USB port for loading your own media.

There’s a three-band EQ per deck, with master LED metering and a single clickable loop knob for setting and activating loop points. There’s also an aux input for phones or other media and data and beatgrid info can be shared over the ethernet link port to other Denon DJ devices. There’s also the ability to record directly to any media plugged into the device for recording mixes on the go – however, any tracks loaded from streaming services will disable the internal recording function. Given that all the new Denon DJ devices run the new Engine OS, all the features like cueing directly from the library are available on the GO too.