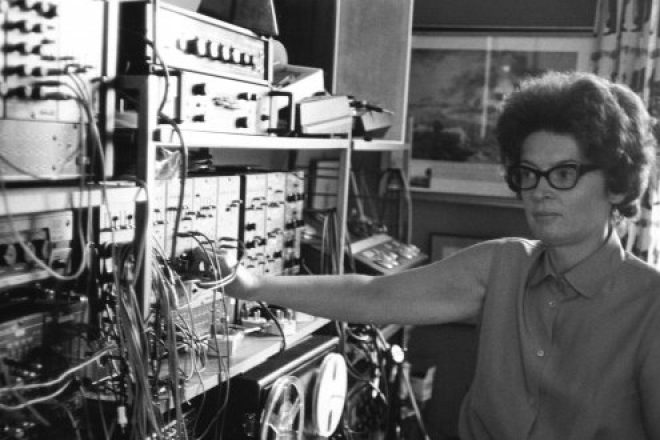 Beat’s recordings have previously only been available via archive recordings

Titled ‘Pioneering Knob Twiddler’, the record features seven compositions from across the 1970s and 80s that bring together synthesisers, tape machines and acoustic instruments.

Up until now, the British synthesist and composer’s recordings were only available through the British Music Collection’s archives. ‘Pioneering Knob Twiddler’ is the first collection to be distributed publicly, with 500 physical copies available.

Despite experimenting with music from the 1950s onwards, Beat faced criticism related to her gender from peers. She was told that women “do not make” music technology. Accordingly, her father disregarded her early tape recordings.

Beat still managed to find success as a musician, setting up studios at the Royal Scottish Conservatoire and lecturing on multisound diffusion at Glasgow University. Meanwhile, she published hand-written music scores and recorded her own material.

Initially interested in music concrète principles, Beat then moved towards electro-acoustic sounds. Her musical trajectory can be traced through the newly released LP, which contains some of Beat’s surviving material, via Trunk Records.

In 2019, Beat was granted a Lifetime Achievement Award by Scottish Women Inventing Music due to her work in advancing electronic music.