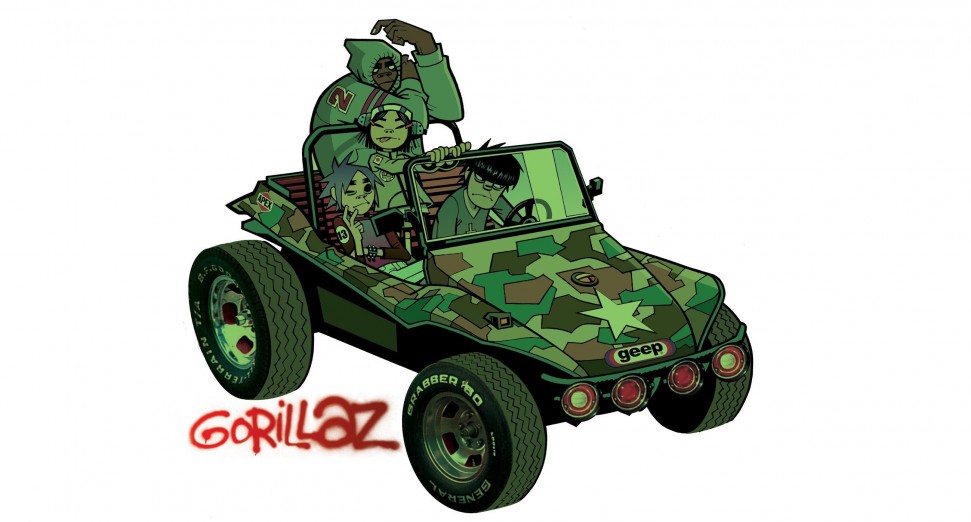 The animated band, led by Damon Albarn and Jamie Hewlett, released their debut album on 26th March 2001. The LP introduced the project to the world, and features some of their most iconic tracks including ‘Clint Eastwood’ and ‘19-2000’.  The album hit No.3 in the UK charts, and is now certified platinum, having sold 974,311 copies in the past two decades.

To mark the occasion, the virtual outfit have hinted at some exciting things to come in 2021, including a reissue of the album, which will come later in the year as the first in a series of re-releases they’ll be sharing from their catalogue.

Gorillaz have also partnered with collectables brand Superplastic for the release of some limited-edition vinyl toys and NFT digital art collectibles, featuring each member of the band: 2D, Murdoc, Noodle and Russel. This follows the launch of the band’s range of toy figurines last year.

2021 will also see the relaunch Gorillaz clothing line, G Foot, with a brand new collection set to land during the year.

Last year, it was revealed that an official Gorillaz film was reportedly in the works, though no further information has been made available about that as yet. STEVE AOKI IS WORKING ON A MUSICAL ABOUT THE MOZART FAMILY