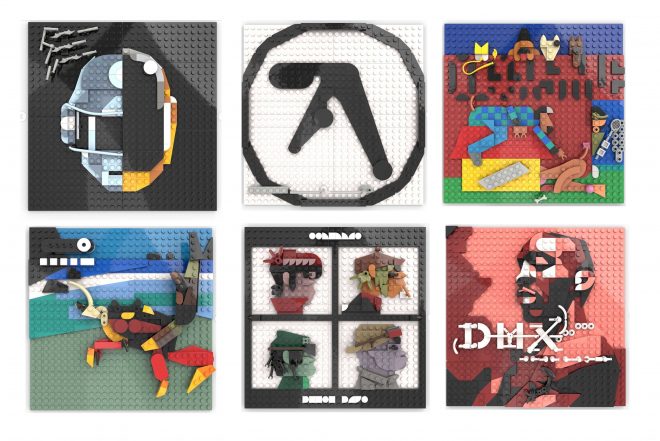 An artist has created perfect replicas of famous album artworks including a spread of electronic artists such as Apex Twin, The Prodigy, Daft Punk, and more — from LEGO.

Adnan Lotia is a designer using LEGO bricks as his main material, but has since switched to digital LEGO creations, posting pictures of the finished products on Instagram.

In an interview with Loudwire, the artist said that he “picked up digital construction using BrickLink Studio along the way, and absolutely love how much freedom, flexibility, and speed it provides to LEGO artists.”

After just half a year of building the album artwork replicas, the artist has recreated Tupac’s ‘All Eyez On Me’, Deadmau5’s ‘Random Album Title’, Sade’s ‘Diamond Life’, and lots more.

He told Loudwire that he picked up the hobby after teaching robotics classes and started through his passion for music, “idolising 80s pop superstars”, and playing grunge in a high school band.

“[I] got into electronic music and R&B in college, went deep into progressive rock as an adult, and recently fell back in love with 70s disco and funk. I move around music genres a lot because there’s very little music that I don’t enjoy,” he said.

The first LEGO album creation came as he was listening to Pink Floyd’s ‘Dark Side of the Moon’, in which he re-imagined the prism on the cover created with lego bricks.

“I started wondering what other cover art could be adapted into LEGO and I’ve been trying to refine my process ever since,” he said. “I try and build as much as I can in my head before actually putting any pieces down.”

“In some cases, I look for focal points in the album cover that might be suggested effectively in LEGO, and work outwards from there.”

Check out some of Lotia’s LEGO creations below.