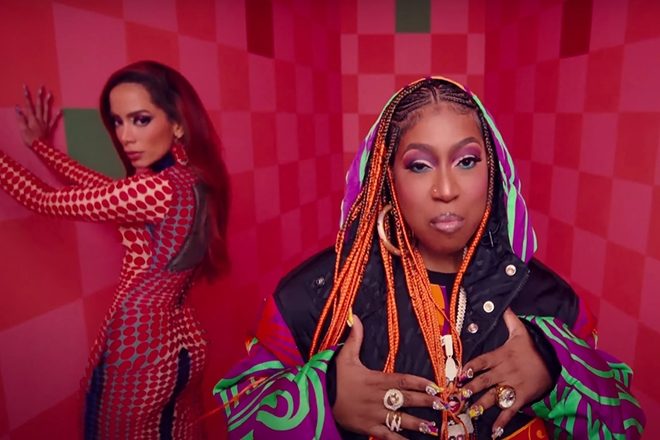 The single is the next release ahead of the Brazilian star’s anticipated album ‘Versions Of Me’, due out later this month. The disco-infused single will appear on the extended version of the record.

‘Lobby’ dropped yesterday, August 18, just a week ahead of the record’s release. The track landed alongside a colourful new music video directed by Arrad featuring both artists hanging out at a fancy hotel.

“Such fun working with some1 I clicked with,” Missy Elliott started on Twitter alongside a photo of the pair. “We laughed during every take in this video and you were so KIND,” she added. “Anitta wanted to make her fans & Brazil proud!

Anitta expressed her love for hip hop legend Missy Elliott in an interview with Apple Music, saying that she had always wanted to join forces with the star but “never thought that would be possible”.

“She heard the song and said yes – she searched for all my other works and my music and my songs. She just said yes, and I couldn’t believe it,” she explained. “When she came to shoot the music video, I cried when she got there. I was like, ‘I can’t believe this is happening!’”

Earlier in August, Missy Elliott had a street named after her in the same town that she grew up in. The 51-year-old singer was honoured with a street renamed ‘Missy Elliott Boulevard’ in Portsmouth, Virginia.

‘Versions Of Me’ by Anitta is out on August 25. Check out the brand new video for ‘Lobby’ below.