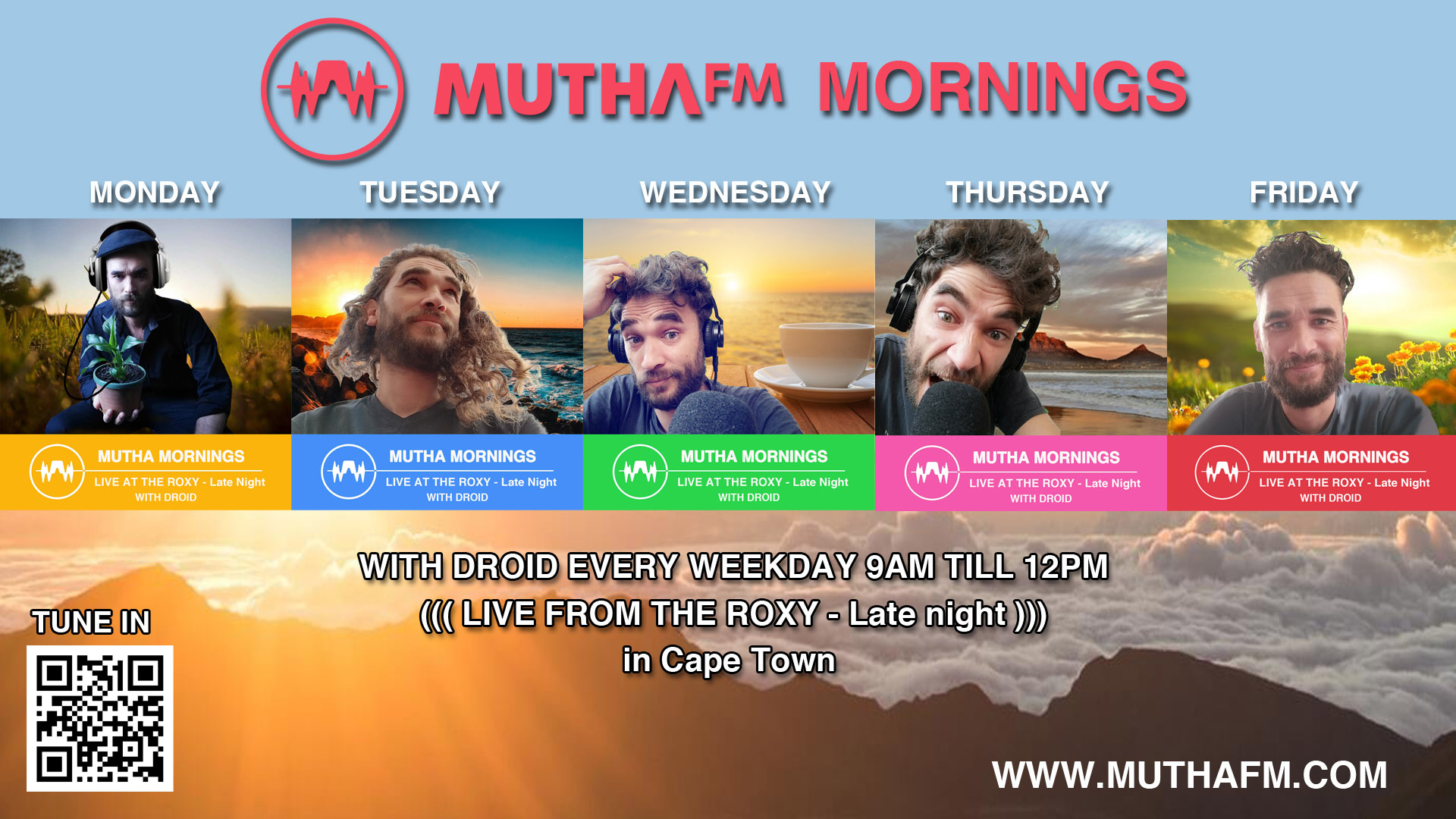 You can now tune in to Mutha FM every weekday morning and catch Droid behind the mic with his flamboyant persona entertaining you in the early hours Monday to Friday from 9am till 12pm lunch time.

Each day has its own theme that fits into the electronic spectrum with Monday being the Indie/ Nu-Disco vibe, Tuesday more on the Balearic feel, Wednesday more on the Deep and Afro House, Thursday Funky House and Old Skool and Friday being the more banging side of the dance music spectrum with Techno, Rave, Dance Music and Psy Trance  with featured mixes from the Mutha FM DJs from the other shows on the platform.

Droid AKA Andrew Ables has been with the station for almost 8 years doing live broadcast shows on the platform and now with landing the morning anchor position he is streaming the live morning shows directly for one of Cape Town most well know Cafe’s, the Roxy – Late Night in Dunkley square located in the city center.

It is one of the oldest cafe’s still running in the Western Cape and is well known for being a trendy late night spot of artists and DJ’s to hang out after there gigs and performances . Owner Marvin who runs the venue enjoys the feel and ambience of the place and loves having the venue as Mutha FM’s new sub-studio as it brings the authentic feel back to the much loved hang-out for Cape Town’s creative people to wake up to.

Droid and Mutha FM are inviting DJs and Producers to submit their audio content if they want to be on the show and feature as guests during the morning sessions and do an appearance and have a chat with Droid live on air.

If you are an Artist, DJ or Producer and would like to be a guest on the Mutha FM Morning shows, please contact Droid via his email: droid@muthafm.com

Or contact us via our Scheduling manger Hassan on: hassan@muthafm.com