Paul van Dyk has spoken out about his life-threatening stage fall during a candid interview at this year’s Amsterdam Dance Event.

The accident, which occurred during a performance for A State Of Trance back in 2016, left van Dyk with serious spinal and brain injuries, resulting in a three-month recovery period for the German trance legend.

Speaking about the fall, van Dyk said, “I don’t remember it at all and I think the brain does that to protect itself. I know there is video out there of me falling but I can’t look at it. It wouldn’t be good for me.”

The DJ and producer went on to detail his disappointment in A State of Trance’s reaction to the accident, saying, “Up to this point, none of these guys involved picked up the phone to call me and ask me how I am.”

“If you come to my house and slip and break an arm, I will call you and see how you are doing. But with these guys, no way, it goes to tell you about the characters of the people involved,” he said.

Paul van Dyk, in an exclusive interview with Dancing Astronaut, dishes about his recovery after falling from a stage in Utrecht earlier this year. 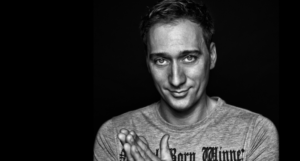 On 28th February 2016, during his ASOT Utrecht performance, thousands of people worldwide watched the live stream as Paul suddenly vanished from the screen, it was later revealed that he endured a life-threatening fall from the show’s DJ platform.

Though he has relaunched his VONYC Sessions online radio show and is producing again, he will never be the same. Paul states, “The diagnostics from the doctor already state that if I would be able to do 50% of what I used to, it would be considered a huge success.”

Not allowing the disappointment to overtake him, Paul is focused on the positives. He continues, “I’ll definitely keep doing and making music, general. Let’s put it this way – we’re in the good part.”

His most recent shows in the southern California and Mexico editions of Dreamstate gives both Paul and his fans gratitude.

In regard to his invitation to play Dreamstate, he states that he feels “just amazing as an artist to have the honor to be there and play.”

You can listen to Paul’s latest single, ‘Everyone Needs Love’, below.

Despite the accident, PVD has returned to fantastic form in the last 12 months including releasing his new (and ninth!) studio album, ‘Music Rescues Me’, and starting an all-new residency at Privilege Ibiza, titled SHINE.
Tagged under: PAUL VAN DYK, PAUL VAN DYK TALKS ABOUT LIFE-THREATENING STAGE FALL IN INTERVIEW APPLE ANNOUNCES THE RETIREMENT OF ITUNES JOHN DIGWEED: “I WANT CLUBS TO OPEN BUT I WANT THEM TO RESTART PROPERLY WITHOUT RUSHING”