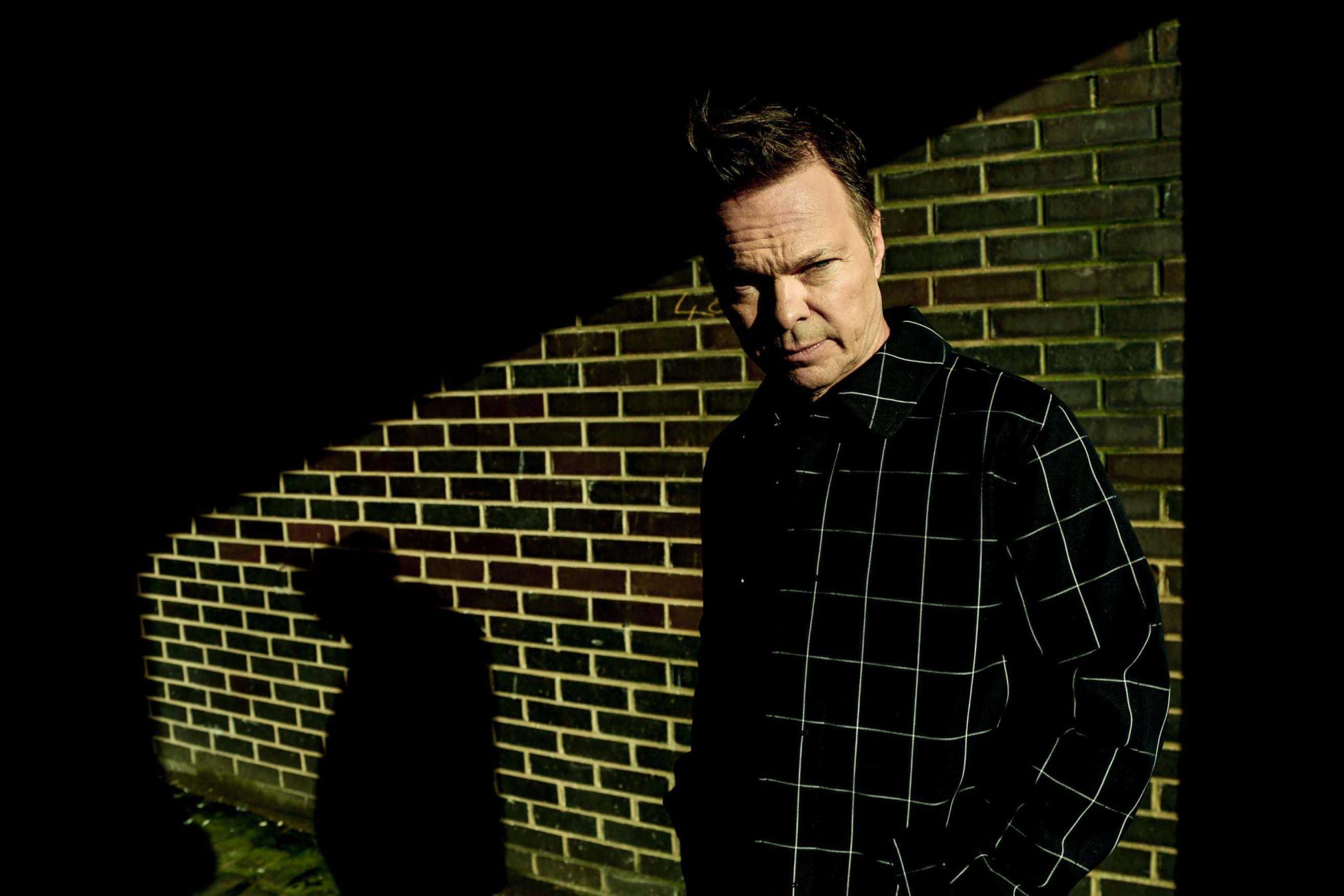 The world has gone through a difficult time over the past few years and every club scene needs support from its locals to regrow, flourish and get back its passion and beautiful glory.

Pete Tong speaks to us about just that, and Ibiza Classics, “unfinished business” with Goldie and the protecting the electronic music scene post-pandemic

Pete Tong isn’t one to stand still for too long. As we catch up early one Monday morning, he’s back in London after time spent in LA, returning to his native UK due to missing his extended family — both ravers and relatives.

A week later, Pete is presented with this year’s prestigious Music Industry Trusts Awards (MITS) in recognition of his outstanding contributions to the music and broadcasting industries, marking as good a chance as any to reflect upon a career that has spanned nearly four decades. On the night he’s honoured by old friends as well as new: Nile Rogers, Idris Elba – even an intimate set from New Order, who he worked as an A&R with at London Records in the ’90s, embellishing the band’s catalogue with the likes of Hardfloor, Armand Van Helden, K-Klass and Andrew Weatherall.

While he’s now a part of the Three Six Zero Records family back here in London, he’s also spinning countless plates across the industry. He’s a consultant for Pacha, is still heavily involved in the International Music Summit (IMS), and can occasionally be seen DJing in the UK and Europe when his crazy schedule allows.

But one of the biggest feathers in his hat remains the Ibiza Classics show, which this year has already stopped off in Malta, and come December will have returned to its regular haunt at The O2. Music-wise, he’s as busy as ever, signing music from Mella Dee and more, and releasing a new collaborative single with Tale Of Us, a cover of Hans Zimmer’s classic track ‘Time’.

Due for release December 3 via his new label home at Ministry of Sound, it’s a reminder that at this point in his career, collaborating with the Heritage Orchestra and GRAMMY-winning conductor and composer Jules Buckley has been a match made in Balearic heaven.

I know you’re a fan of Tale Of Us. But was there a story behind this new record?

As the Ibiza Classics project has evolved, I’m always looking at how the concept of the kind of music we make evolves, when obviously the show was predominantly based around covers. But we’re always trying to push the envelope and change things up a little bit. So when we came up with a theme of collaborations, I was aware that Tale Of Us had already been messing with a bootleg of ‘Time’. I knew them, not that well, but then we became neighbours in Ibiza just before the pandemic. We just started talking about the idea of the orchestra and they were really excited about it. We just sat and talked about collaborating. I said: “Well, why don’t I try it?” Because they tried to clear that track before and got nowhere! And I said: “Well, why don’t you do it with me? I think I’ve got an angle.” You know, I talked to Jules Buckley about it. He said: “You know, the way it works with different arrangers and conductors is, you don’t really do someone else’s work unless you get their blessing.” So I went to Hans and got his blessing – then it all fell into place. So it’s a complete and utter re-recording of the Hans Zimmer piece.

I imagine you must be very proud of this one in particular?

Yeah, I think it’s a new level. I mean, we changed labels as well. So we moved to Ministry and they were also super-excited about it. I think it’s always that battle of doing something classic and classy and timeless, but also, you know, you’re trying to obviously open the door and introduce the concept of what we’re doing to some new fans, a younger audience. So I think that’s why this collaboration theme rings true. A lot of DJs and producers that I know have come to the show, so they all understand it a lot more.

So they get the whole thing now?

Exactly. But predominantly to date, it’s been an English show. We did take it to Malta a few weeks ago, we’ve taken it to a beach and we took it to LA, we took it to Australia, but predominantly it’s a kind of English phenomenon, because it’s quite a difficult thing to move around the world. So that’s probably the biggest, the most exciting thing about collaborating with Tale Of Us is because it really opens us up into Italy.

Can we talk about the MITS Awards?  You’ve obviously been given things before but it feels like this one resonates for you in a different way?

Yeah, I mean, I thought they made a mistake when they first told me – I genuinely thought someone was pulling my leg when I first heard about it. But then I realized it was serious – it dawned on me what a great honour it is. I think it’s also a great acknowledgement of the impact of dance music and dance culture, not only in the British music business but also the world. So I think I’m getting this as some kind of ambassador as well, for everything that we’re all into. We’ve obviously spent our whole lives championing this music so I’m very proud on that level. But really it is a fundraiser, the whole event is for two really good causes that are dear to my heart. The BRIT Trust Foundation, which basically funds the BRIT School, which is a pretty amazing institution that I visited again recently, and [music therapy charity] Nordoff Robbins.

What’s your take on the live music arena right now – there’s still a lot of caution isn’t there?

You know, the good thing is that big things seem to be working. Creamfields was a massively successful tent-pole event, as well as Printworks and The Warehouse Project, they seem to be doing okay. But I see a lot of shows getting put up, and if they’re not selling enough tickets, they’re cancelling them, you know? Three-four weeks out, we’re seeing a lot of that. Obviously, the business is sympathetic to that so everyone understands. But your question is asking whether or not that is because people are cautious to go out — there’s probably a myriad of issues, to do with money and when you pick your moments. It’s the long term effects on local clubland that I’m concerned about, because that’s where you find the next generation of talent and where that talent gets to experiment. That was already a challenge before the pandemic, because those clubs were definitely feeling the pressure as that kind of business moved more to a kind of one-off event business and not so much about a local club.

Ibiza was also closed for business for the most part.

Ibiza didn’t really happen, did it? I mean, I did a couple of shows that were quite nice, you know, standing, and I admire everybody for making the effort and putting things on, but really it was very hard, and it was another pretty devastating season financially. We’ll see how the winter goes. But hopefully it’s just the case of the vaccination levels getting up to the same standard all across Europe.

You did a Classics show in Malta this summer, didn’t you. Was that an experiment of sorts?

It wasn’t an experiment. It was a proper, proper show!

Maybe ‘experiment’ is the wrong word!

It was a kind of cultural event for Malta, and part of a series of concerts they put on, so that was how we were able to do it – it was subsidized. But it was a show that would normally happen in this massive square in the middle of the old town, where the capacity was probably 10-12,000. But they did it in a way where they segregated into groups of 100 with their own little toilets and bar. We did it to about 4,000 people and everyone was more spread out. I think it was the first time in Malta for a year where anyone had been able to do anything like that, so the reception was incredible, the energy was incredible. And it and it went off safely, so it was great. It was amazing for us to be able to do it because it was the first show since 2019!

Who else are you working with? Goldie right?

Yeah. I think we both had a general feeling that there was unfinished business of what we started 25 years ago. He’s made this incredible album with James Davidson which we’re just starting to roll out now. It’s coming out in March next year. Hopefully there’ll be some live dates around it as well. The album features Lady Blackbird, Greentea Peng and Natalie Williams again, who was on his last solo album.

Finally, how is London for you? Are you enjoying it?

Yeah, very much so: it was time to come back. You know, in that seven years, we had a great time in LA, but I was missing a lot of things personally and culturally. I think starting the new label with Three Six Zero has reminded me that there’s so much creativity in the UK and in Europe and Asia! Even though there’s some great music made in America, the success of the music that’s getting made there is still is determined so much about what goes on in Europe. I think the channels to break music are still super strong here.

Tagged under: PETE TONG: “IT'S IMPORTANT TO SUPPORT YOUR LOCAL CLUBLAND"