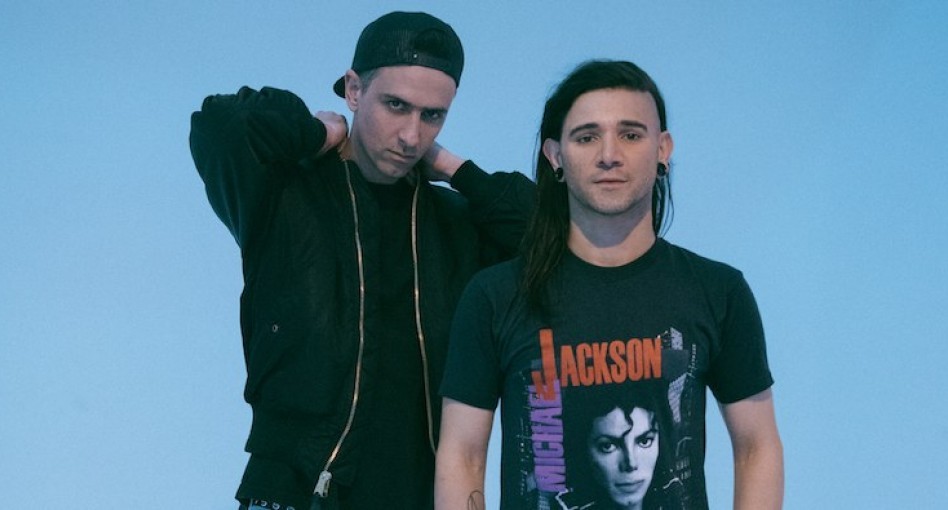 Skrillex and Boys Noize have joined forces once again as Dog Blood to release a new track titled ‘Turn Off The Lights’.

The pair, who last released music under their shared side alias back in 2013, have been teasing new material online and in shows in recent weeks. Taking to Twitter this week, Skrillex told fans “3 more proper” Dog Blood tracks are in the works.

Last night (28th March) saw Skrillex and Boys Noize headline Brownies & Lemonade’s warehouse party at Miami Music Week. With support from Anna Lunoe b2b A-Trak, What So Not, Cray, Whethan b2b Jai Wolf and 1788-L, it was a pretty epic night, capped off by a huge set from the recently reformed duo.

Dog Blood’s return has been teased for some time now and today saw them releasing their first new track since 2013, ‘Turn Off The Lights’. With more new music on the way, as well as another performance from the pair this weekend at Ultra, it’s great to have Dog Blood back.

Below, we’ve compiled a selection of some of the biggest tracks played throughout the night, from both Dog Blood and the rest of the bill. With new tracks and classics from themselves and countless bangers from others, there’s more than enough gold here to tide you over until they release more new original material. Dig in.

Last week, the duo played their first live appearance together in years at BUKU 2019. This week, they played a highly-anticipated set at Ultra Music Festival in Miami.

‘Turn Off The Lights’ is out now via OWSLA/Boys Noize Records. Tune in below. Underworld and Iggy Pop to release coalb EP together