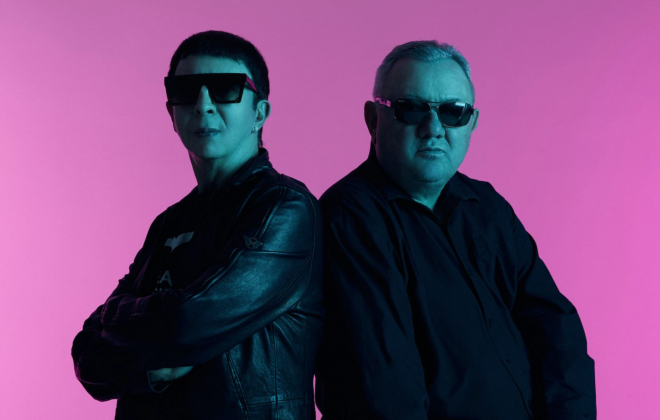 Synth-pop legends Soft Cell have announced their first album in 20 years, ‘*Happiness Not Included’ is set to arrive next February.

Across twelve tracks, the duo will explore contemporary social issues alongside ideas of utopia, according to vocalist Marc Almond, who said:

“In this album, I wanted to look at us as a society: a place where we have chosen to put profits before people, money before morality and decency, food before the rights of animals, fanaticism before fairness and our own trivial comforts before the unspeakable agonies of others.”

“But in the album, there is also a belief that there is a utopia if we can peel back the layers and understand what really matters.”

The record was recorded remotely during the ongoing pandemic.

‘*Happiness Not Included’ will mark the band’s fifth studio album, a follow-up to their 2002 release ‘Cruelty Without Beauty’.

Soft Cell will also embark on a tour of the UK this November, where they will play the new record in its entirety, alongside fan favourites from across their discography. Here, fans will also be able to hear a selection of new tracks from the upcoming album.

The autumn dates include Glasgow, Manchester, Leeds and London.