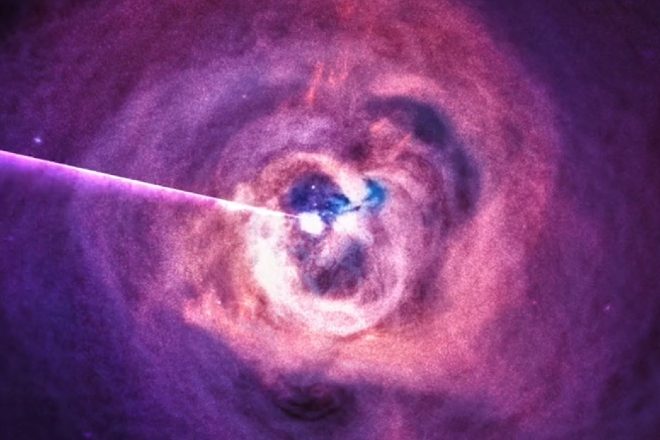 The space agency’s clip of the Perseus galaxy cluster, located 240 million light-years away, has gone viral on Twitter On Sunday (August 21), NASA released an audio clip of what a black hole would sound like, and some are saying it sounds like Björk and Brian Eno. The USA space agency tweeted what it called a remixed sonification of a
NASA'S AUDIO CLIP OF BLACK HOLE LIKENED TO BJÖRK AND BRIAN ENO