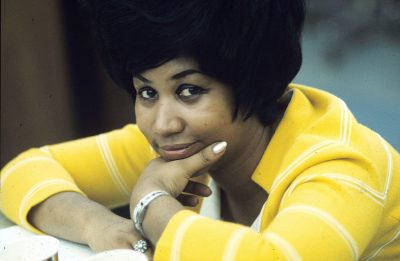 Aretha Franklin passed away on August 16, leaving a gaping hole in the music industry. However, she has left behind a treasure trove of music that will live forever…
In this file photo taken on December 6, 2015 Aretha Franklin poses on the red carpet before the 38th Annual Kennedy Center Honors in Washington, DC. – Aretha Franklin died at the age of 76 on August 8, 2018 at her home in Detroit according to her publicist.

Aretha Franklin, the preacher’s daughter whose powerful voice made her the long-reigning “Queen of Soul” with such hit songs as “Respect” and “Chain of Fools,” died on Thursday at the age of 76, the Associated Press (AP) reported.

Franklin, who won 18 Grammys and had some 25 gold records, died at her home in Detroit, the AP said, citing a publicist for the singer. Representatives for Franklin did not immediately respond to a request for comment.

Earlier this week it was reported that Aretha is in hospice care at her home, where she is being looked after by health professionals and her friends.

A report by the Mirror UK said the star is in “the final stages of a devastating eight-year battle with pancreatic cancer” and was receiving around the clock treatment.

One of Aretha’s close friends said that they were told a week ago to prepare for the worst as she “could go any time”.

According to the source, the star has dropped to 40 kgs.

The soul singer has hit the headlines for several years over her failing health and appeared frail in recent photos.

News of Aretha’s condition has left fans across the world concerned. Messages of support flooded social media, which has resulted in Aretha topping the trends list.

Former public protector Thuli Madonsela had on Tuesday joined the worldwide chorus of well-wishes and prayers for the ailing US musician, after reports emerged on Monday that the gravely ill star was surrounded by concerned family.

Hard as it is to choose her best songs of all time, we have somehow complied five that helped establish her as Queen of Soul.

Say the name Aretha Franklin and the first track that comes to mind is probably Respect. What is arguably Franklin’s most famous song is actually an Otis Redding cover. Franklin made it her own by turning it into a feminist anthem, deciding to spell out the title as the song climaxes and have her background singers, her sisters, repeatedly sing the provocative words, “Sock it to me.” In the ongoing debate about whether covers can eclipse original songs, Franklin definitively stole this one from Redding. In 2011, Rolling Stone named her version the fifth greatest song of all time, saying it established her as the Queen of Soul. Franklin demanded R-E-S-P-E-C-T and the world had no choice but to listen.

This duet with George Michael is the Queen of Soul’s best-performing song on the charts in both the US and the UK. Peaking at No. 1 in both countries, surprisingly, it’s still her only song to reach the top of the charts in the UK. In the US, it was her second and last No. 1 hit after Respect. In his autobiography, George Michael wrote about being awestruck when working with Franklin. The song went on to become his first No. 1 hit as a solo artist and his first Grammy win.

This is regarded as the song that established Franklin as a legend. The album with the same name, her 11th studio album, was produced by Atlantic Records, which she joined in 1966 after leaving Columbia. The move proved to be instrumental in establishing her career. The record company allowed her to write her own music, play the piano while her sisters sang backup, and encouraged the gospel influences from her childhood.

Every other musical legend seems to have done a cover of this song. Bonnie Tyler, Celine Dion, Mary J Blige and Adele have all taken a stab at it. Rod Stewart even explored what it meant to feel like “a natural man” in 1974. However, not many can reach the soaring heights of Franklin’s original. Carole King, who not only wrote the song with Gerry Goffin, but also released her own version in 1971, would attest to this. During Franklin’s performance at a tribute ceremony, King couldn’t contain her excitement, jumping up and down in her seat next to a tear-shedding Barack Obama.

When this song was released in 1985, the second wave of feminism was receding into the history books but Franklin and the Eurythmics penned lyrics that addressed the issues of the movement. One of its main concerns was debunking the myth that women wanted to remain homemakers and were not interested in establishing professional careers. Lyrics such as “so we’re comin’ out of the kitchen”, along with the images of working women on the video, are a direct reference to the movement and what it stood for. Although the current fight for women’s rights is centred on the #MeToo movement, tracks like this one can help remind those at the frontlines that change is indeed possible. And what a great song to gain strength from!

Thank you to the Queen of Soul for giving us some of the greatest songs of all time. You will be missed. xxxxxxxxxxx <3 <3 <3