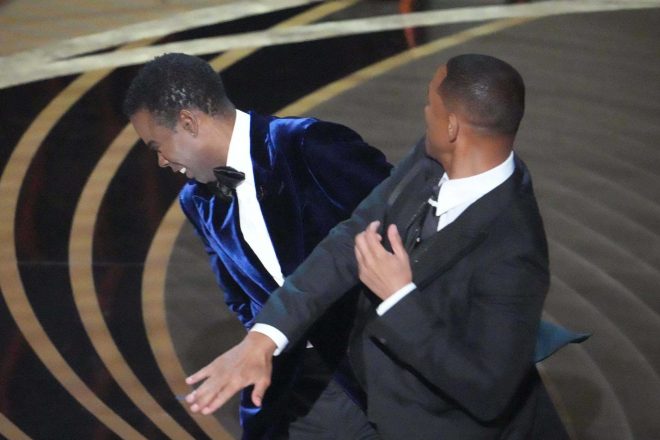 Will Smith and Chris Rock’s viral Oscars moment has been remixed into a fiery club track.

On Sunday, March 28, the Academy Awards annual Oscars celebrations took place for the 94th time. At the event, one memorable moment took place on stage when Will Smith walked up to host Chris Rock and slapped him after making a joke at the expense of his wife, Jada Smith.

“Keep my wife’s name out your fucking mouth,” he shouted at Rock after composing himself back in the audience seating area.

The slap, which went viral around the globe, was in reaction to a joke made about Jada Pinkett Smith’s hair, despite the actress’ struggles with alopecia.

French-born producer Kodat has now taken Will Smith’s furious reaction to Chris Rock’s jests and made it into a Jersey Club track.

“Sorry… I couldn’t help it,” Kodat posted on Instagram. “Will Smith, don’t be mad at me,” he joked alongside a clip of the track, featuring a looped sample of Smith’s rant.

Rock can also be heard through the track in added samples replying to Will: “I’m going to, okay?”, culminating after a steady flow of weighty kicks: “That was uhh… the greatest night in the history of television.”

The producer, who’s previously released on Spinnin’ Records and Musical Freedom, was spotted by Diplo and Afrojack after the release of the full track, ‘Out Yo Fkn Mouth’. Listen to the satirical but very catchy track below.

Tagged under: WILL SMITH’S VIRAL OSCARS SLAP HAS BEEN MADE INTO A JERSEY CLUB TRACK