YOU CAN NOW USE REASON AS A PLUGIN IN ANY DAW 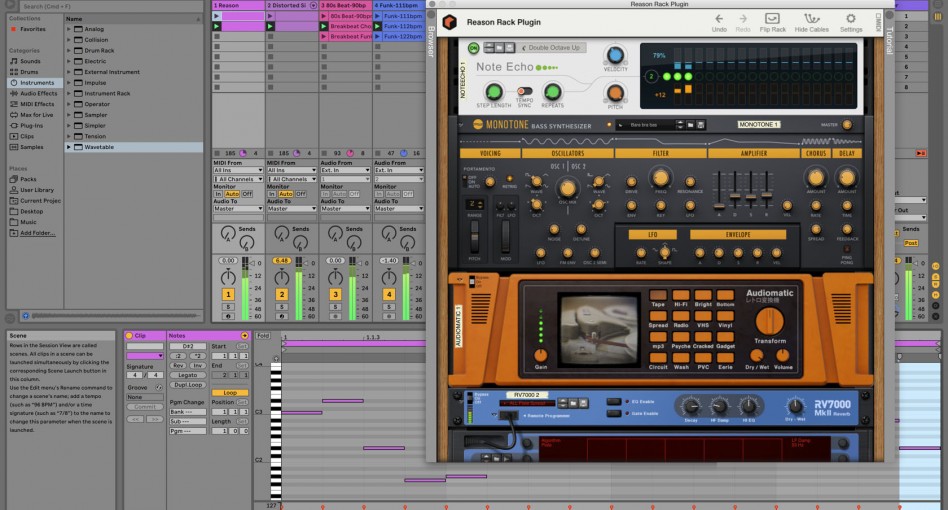 YOU CAN NOW USE REASON AS A PLUGIN IN ANY DAW

Reason, one of the longest-running and most popular pieces of software for electronic music, is now available as a plugin to load into any DAW. Users of Ableton Live, Bitwig, Logic, Pro Tools and any other plugin-compatible DAW can load in the famous racks like Redrum and Thor, as well as the sequencer drum racks. You’ll also be able to flip the ‘rack’ and access the routing and I/O points that made Reason unique.

“The rack of devices has always been the core of Reason. Now with Reason 11, anyone can easily add the Reason Rack Plugin to their favourite DAW,” said Mattias Häggström Gerdt, Product Manager. “With the addition of 6 new devices, the Reason Rack is bigger than ever, so that you can make music the way you want. We’ve, of course, improved Reason as a DAW too, adding some of the most requested workflow features like improved sequencing and editing.”

It’s a bold move from the company formerly known as Propellerhead – they’ve changed their name to Reason Studios – whose instrument and effects have always been critically acclaimed, but have been locked inside the skeuomorphic software, without using the often clunky ReWire protocol. We expect more plugins from the newly-christened Reason Studios in the coming months.

Reason 11 will cost €349 with a Lite version costing €79 and a Suite option coming in at €549. In arguably even bigger news, Ableton Live recently update their popular DAW to support emojis.

Tagged under: REASON, YOU CAN NOW USE REASON AS A PLUGIN IN ANY DAW