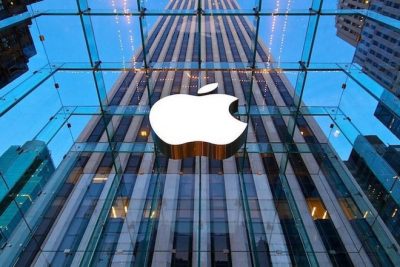 And is still trending up

Share prices of Apple reached $207.05 on Thursday to push its evaluation past the trillion dollar mark. According to the Guardian, the share prices have grown 2000 per cent since Tim Cook replaced Steve Jobs, who co-founded the company in 1976, as chief executive in 2011.

The share price surge is credited to recent quarterly financial results that surprised investors on Wall Street for being better than expected. In three months, Apple saw profits of $11.5 billion on $53.3 billion in sales.

As Apple continues to grow, its competitors seem to be struggling, like Facebook which had its single worst day in stock market history when it lost $120 billion in value last week, a more than 20 per cent drop. Amason is also trailing Apple, but is seeing higher profits than previously expected, while Google’s parent company Alphabet is resting at $845 billion.

Apple reached one trillion dollars 42 years after it was founded. Since its inception, the company has launched 18 different iPhones with over 1.2 billion devices sold.